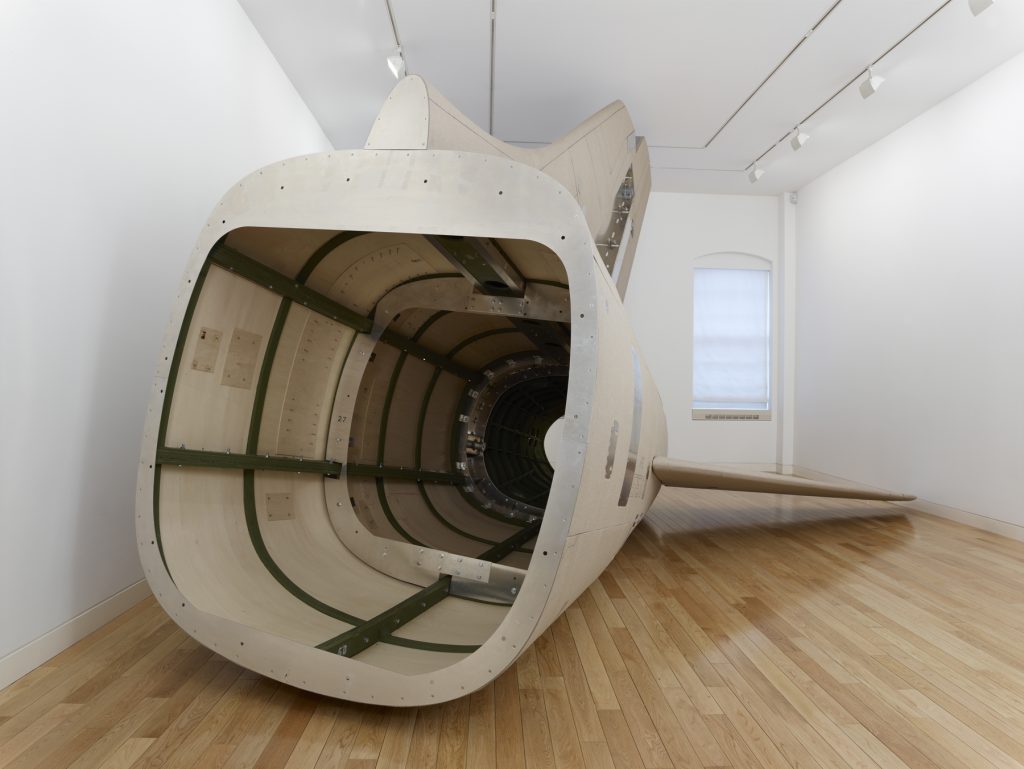 ABOUT
The Japanese artist’s monumental sculpture is the fifth in a series of full-scale replicas of Vietnam-era American warplanes, which he has created since 1968.

While a student at Nihon University, Tokyo in the late 1960s, and amidst anti-war riots in the city, Haraguchi hand-crafted a full-scale plywood reproduction of the tail of an American jet fighter, after an encounter with the aircraft being transported to the Yokosuka Navy Base one evening in late 1968. Also born and raised in Yokosuka, the artist’s upbringing has indelibly shaped his aesthetic and creative practice through the development of painting and sculpture that engages political and environmental issues.

A-7 E Corsair II is hand-crafted from wood, aluminum, and canvas, and finished in graphite pencil; the lightness and delicacy of the materials belie their charged, political form.