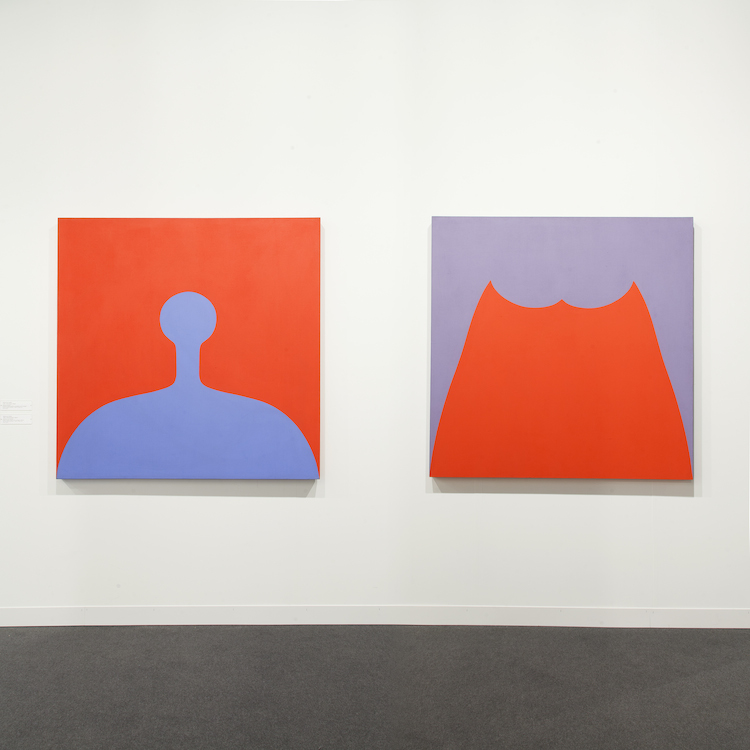 The missing Italian Paintings:Between 1961 and 1969 in Rome, Marcia Hafif created what she has come to call the Italian Paintings, works that have never journeyed to the United States. Her first solo exhibition anywhere in the world was at Galleria La Salita, Rome, in 1964, and she showed regularly in Italy, achieving some commercial success, despite her works being attacked by critics for their “American cold squalor – similar to that provoked by traffic signs hung on the wall of a driving school” and were also criticized for being too large – “American size.” Upon leaving Italy to return to California to undertake a MFA in 1969, she abandoned these works to begin afresh. The Italian Paintings languished in storage until Christian Bernard, the Director of the Museum of Modern and Contemporary Art, Geneva (MAMCO) took them under his care, exhibited them at his museum in 2001, and published a catalogue raisonné in 2010. That publication provides a tantalizing glimpse at the splendor of the work, Fergus McCaffrey will present a selection of the seldom seen Italian Paintings at Art Basel Miami Beach 2015. The paintings represent a large and critical omission from the history of American art of this period and are a critical element in the lack of reception her work has received in her native land.