Jack Early at Fergus McCaffrey
The singular New York artist looks back on his childhood in the South. 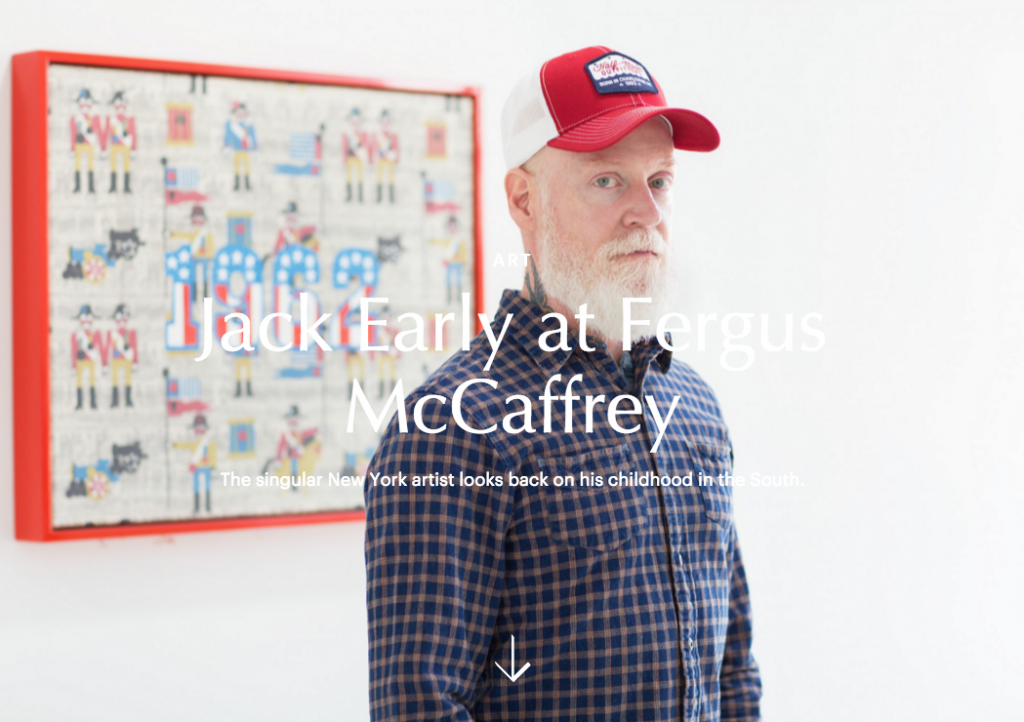 As an adult, Jack Early has already done all the things you and I would like to do. He made installation art cool. He had the first bad-ass white beard. He was a southern raconteur before the Johnathan-come-latelies. He was the lord of Times Squares both new and old. He hosted a party at Richard Artschwager’s house where the ceilings leaked blood. He’s put a severed finger in a Mountain Dew can. He and Tim Gunn go way back and he hung out with Grace Jones at the peak of her partying career. Having done it all as a grown up, it’s natural that his latest work should turn to his childhood.