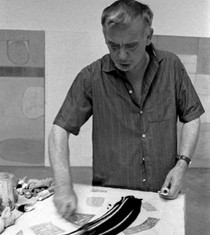 Scott was born in Greenock, Scotland, in 1913 and raised there and in Northern Ireland. He received his art training in Belfast and London, at Enniskillen Technical School and then the Belfast College of Art. In 1931, he left Belfast and moved to London, where he studied at the Royal Academy Schools. Scott married in 1937, and in the following two years he moved to Pont-Aven, Brittany, and traveled throughout France. Scott returned to Britain before the outbreak of World War II and began teaching. He had his first solo exhibition in 1948 at the Leicester Galleries in London, and by the early 1950s he was exhibiting extensively.

Scott’s first of many solo exhibitions at the Hanover Gallery, London, took place in 1953. That summer he visited New York, where he met Mark Rothko, Willem de Kooning, and Jackson Pollock, which would encourage a newfound freedom of scale and color in his work. His first New York exhibition was in 1954 (Three British Artists: Hepworth, Bacon, and Scott) at the Martha Jackson Gallery.

Scott showed at the Hanover Gallery until 1971 and at Martha Jackson until 1979, becoming, along with Francis Bacon and Henry Moore, one of the few British artists of his generation to gain an international reputation. Thereafter, representation of Scott in Britain passed to Gimpel Fils, but it lapsed in the United States after the closure of the Martha Jackson Gallery. Scott died in 1989. 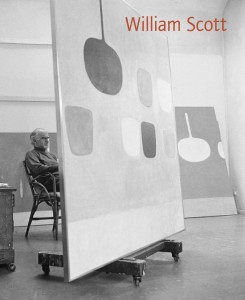