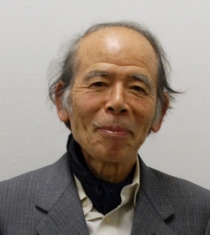 Tatsuo Ikeda was born in Saga Prefecture, Japan, in 1928. At the age of fifteen, in 1943, he was conscripted into the Imperial Japanese Navy Air Service; in the last weeks of World War II, he was selected as a kamikaze pilot, but he was not sent out on a suicide flight before the war ended. After being dismissed as a student teacher for his political views and status as a former kamikaze pilot, he moved to Tokyo to enter Tama Art and Design School in 1948. There he gradually became involved in Taro Okamoto and Kiyoteru Hanada’s Avant-garde Art Study Group.

Ikeda is part of a generation of artists emerging in the early 1950s who were emboldened to take back Japanese culture from the militarists, reclaim their own individuality after two decades of nationalistic brainwashing, and find new ways of expression. On the one hand, Gutai and Experimental Workshop took an apolitical stance in adopting a formal and conceptual approach to aesthetics; on the other, Ikeda, On Kawara, and Hiroshi Nakamura, among others, resolutely engaged with society, politics, and economics in their work.

Ikeda found inspiration for his first mature works, in 1953, after protesting at the seaside village of Uchinada, where the U.S. military had turned the beaches in a firing range for artillery. Using the cheapest available materials—ink and paper—he made highly expressive realist drawings that fused reportage and satire. Simultaneously, Ikeda worked in and around U.S. military bases in Japan, exploring the uncomfortable coexistence of the American servicemen and local people, with the relationships, dependences, and compromises that developed. The contradictions of the time saw Ikeda himself make ends meet by painting “silk-scroll” portraits for Americans of themselves, or their wives or girlfriends, before the servicemen set off for the war in Korea.

Outrage at U.S. thermonuclear bomb tests in the Pacific in 1954 provoked Ikeda to begin to mutate his representations of human and animal life. This change also reflected the toxic outcome of Japan’s rapid reindustrialization. Ikeda’s figures became embryonic and swollen, occupying a barren post-nuclear landscape where chemical pipes and human intestines fuse into menacing urban landscapes that are haunted by disfigured dogs and birds. In this spirit, Ikeda undertook his great series Genealogy of Monsters, An Album of Birds and Beasts, and One Hundred Masks between 1955 and 1960.

The failure of protests to prevent the signing of the Treaty of Mutual Cooperation and Security between the United States and Japan, in 1960, brought about a change in Ikeda’s work. Social concerns momentarily lapsed as he explored the structure of the body and human consciousness at a molecular level in his Elliptical Space series (1963–64). His subsequent Toy World series (1966–70) inventively fuses Ikeda’s ongoing social concerns with Hans Bellmer–like Surrealistic references, Japanese pop culture, and psychedelia.

After several years of study, Ikeda began work in 1973 on the Brahman series, which he thought would be his creative focus for the remaining years of his life. Turning to Hindu philosophy, he explored, in hundreds of minutely rendered chalk and ink drawings, the metaphysical bonds that underlie and unify all the diversity in the universe. In Brahman, Ikeda found release from social causes to embrace a state of eternal truth and bliss occupied by genderless embryonic forms in infinite space.

Brahman was completed in 1988, and Ikeda subsequently focused his attention on assemblage paintings and sculptures in his series Phases of Fields. In addition to visual art, Ikeda is a critically celebrated writer, and he continues to work up to the present. His works have been exhibited internationally. In recent decades, they were included in Ikeda Tatsuo and Nakamura Hiroshi at the Nerima Art Museum, Tokyo (1997); Ikeda Tatsuo: The Trajectory of Postwar Avant-garde Art at the Yamanashi Prefectural Museum of Art (2010–11); and Tokyo 1955–1970: A New Avant-Garde at the Museum of Modern Art, New York (2012–13). A retrospective exhibition will take place at the Nerima Art Museum in 2018. He was also featured in the documentary film ANPO: Art X War (2010), directed by Linda Hoaglund, which examines the relationship between the Japan-U.S. security treaty, war, and art.

Portrait of the Artist © Gallery 58, Tokyo 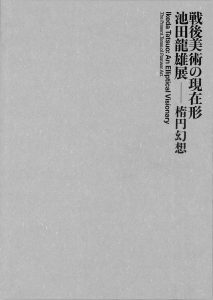