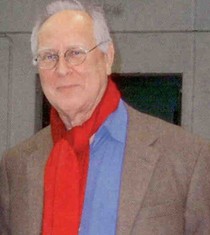 Born in Oels, Germany, in 1941, Sigmar Polke began his artistic career in 1963 by cofounding the Capitalist Realism movement with Gerhard Richter and Konrad Lueg. Capitalist Realism reflected the poverty and aspirations of everyday Germans in the early postwar years and was a gritty and humorous response to the glamour and frivolity of American Pop Art. Developing a homemade aesthetic that used raster dots, found fabrics, ballpoint pens, and household paint, Polke made works of provocative simplicity that upended traditional artistic hierarchies, attacked abstraction, and playfully undermined conceptualism.

In the early 1970s, photography came to dominate Polke’s creative pursuit, the alchemical side of which would prove significant in his paintings in the later 1970s and beyond. Thereafter, his signature style mashed together representation and abstraction, which he further complicated with the introduction of unstable pigments that changed color with temperature and humidity. Images from newspapers and magazines were appropriated, enlarged, and distorted, before being hand-painted onto canvases made up of translucent materials and found fabrics. Polke died in 2010. 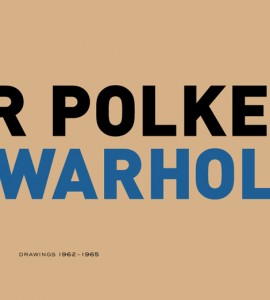