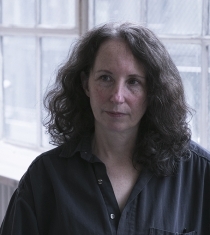 Born in Morristown, New Jersey, Sally Ross grew up in Florham Park, a borough of Morris County, New Jersey. She received her Bachelor of Fine Arts degree with a concentration in painting from the New York State College of Ceramics at Alfred University in 1987. This institutional education, steeped in 1970s artmaking and materialism, was initially rejected by Ross as a stubborn but prolific student and later in her artistic practice for nearly thirty years. Only recently has Ross begun to embrace the material perspectives taught during her years at NYS College of Ceramics.

The decisive turn from realism to abstraction came about in a period of artistic angst. Desiring to move forward in her painting but unable to reconcile the aesthetic issues of realism, Ross stopped painting for a few months and chose to use this time to visit museums and galleries. During this interval, she attended the opening of the 2012 Yayoi Kusama retrospective at the Whitney Museum. Ushered by the crowd into a small, narrow room filled with white Infinity Net paintings, Ross experienced an epiphany in her perception towards abstraction.

Viewing these works as constructions rather than paintings, she returned to her practice with renewed vigor, sewing pieces of canvas together in a quilt-like fashion before stretching the form across a wall. Thus vertically situated, Ross would paint and remove sections as she deemed fit. Questioning and testing the space between the surface of the canvas and the wall behind, Ross works intuitively with a physical, experimental process, and as if with an invisible sightline towards the final form. In Untitled (2017), she juxtaposes two seemingly incomprehensible timelines. Combining canvas pieces with meticulously made stich work with explosions of paint, Ross creates the dynamic spillage by shooting arrows at paint-filled balloons. In other works, she hurls paint sealed in wax paper with lacrosse sticks.