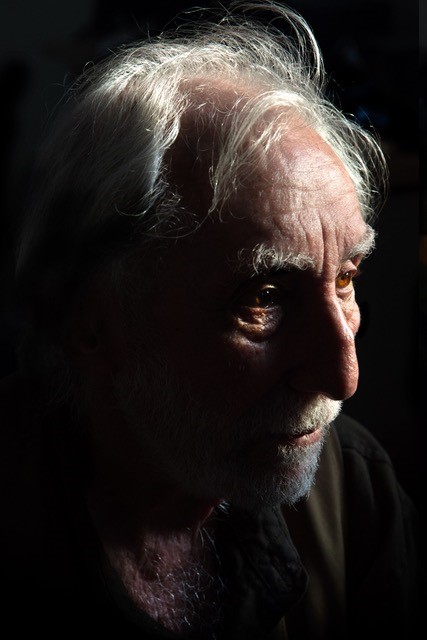 Richard Nonas was born in New York in 1936. He studied literature and then social anthropology at the University of Michigan, Lafayette College, Columbia University and the University of North Carolina. Following his education, Nonas worked as an anthropologist for 10 years, doing field-work on American Indians in Northern Ontario, Canada, and in Northern Mexico and Southern Arizona. He turned to sculpture in the mid-1960s at age 30. His anthropological work left a deep imprint that affected his sculptural practice and his engagement with the perception of space. Through a Minimalist vocabulary, Nonas developed a body of sculpture that engaged with the issue of place.

In the 1970s, Nonas was a part of an intrepid group of artists and curators who found alternative places to show. His work involved the alteration of the environment and repeated geometric forms, and he came to see sculpture and space as interdependent carriers of deep philosophical and emotional meanings. Many of his works – made of such materials as timbers, linear beams, granite curbstones, and steel planes – rest directly on the ground and function less as formal aesthetic objects, and more as spatial markers. His forms serve to interrupt the space, calling attention to the non-specificity of the forms on the one hand, while creating a charged sense of space on the other.

The artist has exhibited extensively in the U.S. and abroad, making small and very large works both indoors and out, and has written extensively on the culturally dependent intellectual and emotional meanings of sculpture, space and place. He has been the subject of several museum and institutional exhibitions, most recently including: FiveMyles, Brooklyn (2020–21); Musee Gassendi, Digne-les-Bains, France (2019); MAMCO Geneve, Switzerland (2019); ‘T’ Space, Rhinebeck, New York (2018); the Art Institute of Chicago (2017); MoMA PS1, New York (2016); MASS MoCA, North Adams, Massachusetts (2016); and the Walker Art Museum, Minneapolis (2012), among others.