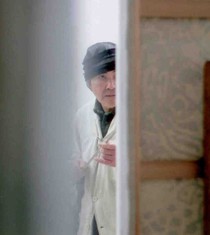 Natsuyuki Nakanishi was born in 1935 in Toyko. He grew up there and attended Tokyo National University of Arts and Music, where he obtained a BFA in oil painting in 1958. Nakanishi’s career as an artist began in earnest in 1959 with a highly acclaimed series of paintings entitled Rhyme and he has continued his work as a painter to the present day.  In addition, Nakanishi was a founding member (with Jiro Takamatsu and Genpei Akasegawa) of the experimental group Hi Red Center, which was active from 1962-64. In 1965 he began collaborating with the Butoh dancers Tatsumi Hijikata and Kauo Ono, which would be very influential on his thinking and his practice.

In his artistic investigations, Nakanishi has consistently confronted existential questions relating to the role of the artist and his relationship to art-making. While deconstructing formal elements and recomposing them into abstract motifs in his paintings, Nakanishi also takes extensive notes and makes diagrams related to the works, in order to guide himself through his own process. When reading his writing it often seems as if Nakanishi is observing his work from a distance. Surreal ideas related to the work are also expressed—in his notes he describes his works almost as if they come into being of their own volition. For Nakanishi painting occupies a special realm, and as an artist he wanders through this realm, functioning as a sort of mediator between the work and the viewer. 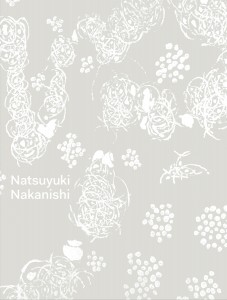