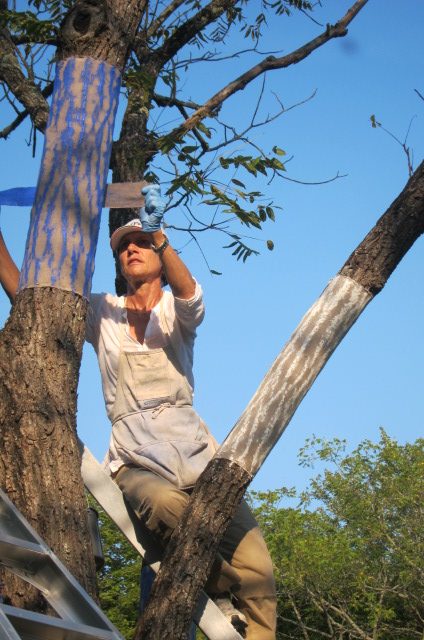 Born and raised in rural Colorado, Kathleen Jacobs attended Pine Manor College in Boston before relocating to Milan in 1980 to study graphic design at the Scuola Politecnica di Design (SPD). The program’s rigorous focus on problem solving later influenced Jacobs’ artistic approach through her penchant for aesthetic analysis and continuous refinement of technique. Subsequently, she moved to China where she lived for four years in Beijing and Hong Kong where she engaged in mark-making through calligraphy and diligently practiced with a diverse variety of materials and processes.

In 1988, Jacobs initiated a life-long interest in the tree form through traditional ink-based landscape drawings and paintings and after returning to the United States a year later, between 1989 and 1999, the tree would dominate Jacobs’ artistic vision and practice. Vertically wrapping eighteen aspen trees in a grove near Conundrum Creek in Colorado’s White River National Forest as a memorial to the “sudden aspen decline,” Jacobs rubbed the painted linen or cotton duck canvases using an oil stick to capture the tree bark’s unique grain and contour lines. She later returned over the course of several days or weeks to rub the surfaces, thereby creating layer after layer of markings to create a tangible and visceral reminder of time’s passing.

Steeped in the ecology of her native home, Jacobs creates lyrical yet minimal canvases and sculpture that engage with the natural world, as well as late 20th century minimalism. Observing her practice, she says, “I’ve spent many years outside painting. After some time, I realized that I should use what was there (physically) to make the work…It was an interesting experience, collaborating with trees, weather, and time to paint these images. I allowed the surface to speak for itself.” 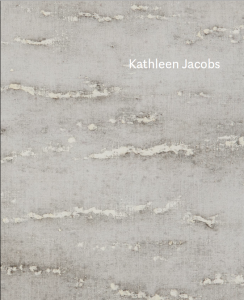