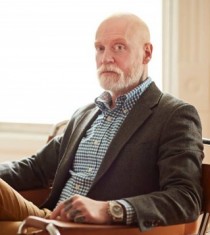 Early was born in 1962 in Raleigh, North Carolina. His ascent to fame began in the late 1980s as one-half of the duo Pruitt-Early. Pruitt-Early’s irreverent work challenged prevailing orthodoxies and blurred the boundaries between low culture and high art.

Their first solo show, Artwork for Teenage Boys, was held in 1990 at 303 Gallery, New York. Pruitt-Early quickly garnered attention, and in 1992 they presented an exhibition at Leo Castelli Gallery. Following the Castelli show, which was misunderstood and infamously panned, Early went into a self-imposed exile from the art world. In recent years, Pruitt-Early’s artworks have been reappraised and increasingly hailed by collectors, critics, and museums.

Early began writing songs, which have become integral to many of his new art objects. Since 2009, he has been making objects that explore the breadth of American pop culture. Glenn O’Brien describes Early as a “new sort of bluesman . . . making work that reflects the lonesome road he’s been on, a road that goes through Jesus, Jesus Christ Superstar, John and Yoko, protest movements, and the United Federation of Planets.”