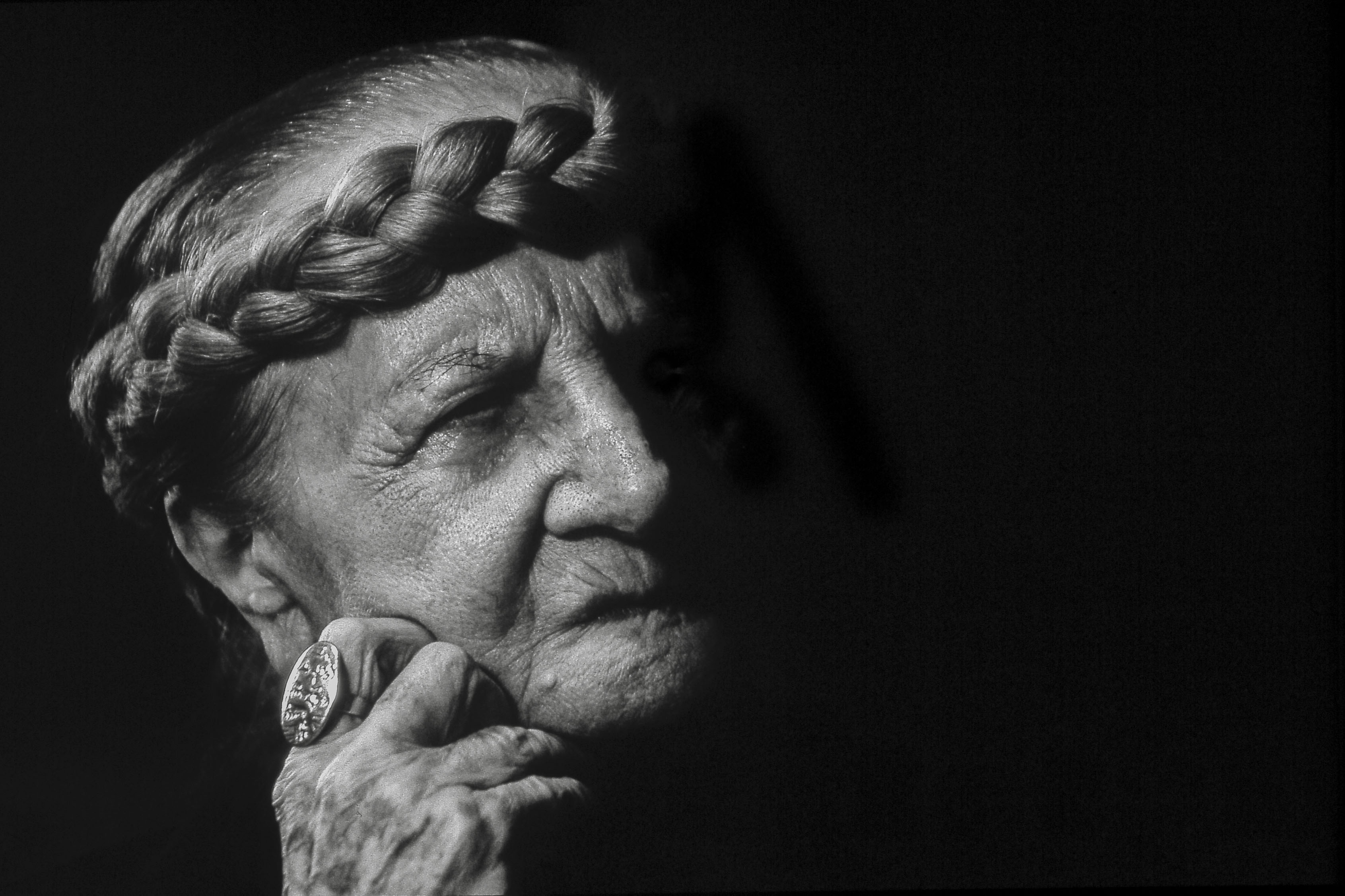 Carol Rama was born in Turin, Italy, in 1918. A self-taught artist, Rama refused adherence to any one specific style, method, or group during her seven-decade career. Beginning in the 1930s, Rama began to create an aesthetic vocabulary filled with icons that were linked to issues of real-life mental illness, financial ruin, and suicide, woven together with a mythologized biography. When her first exhibition was censored in 1945 for erotic and sexually explicit works, some of which featured women with wagging tongues and excreting snakes and acts of bestiality, Rama took a hiatus from figurative motifs and became involved with the Concrete Art Movement (MAC) until the mid-1950s.

In the early 1960s, Rama created the series Bricolages, titled by close friend and writer Edoardo Sanguinetti. Using materials such as glass eyes, medical syringes, animal claws, metal scraps, and decorative beads, she created intensively visceral and uncanny works on paper and board. These works were closely followed by the Napalm pictures of the late 1960s. Observing the carnage carried out by the Vietnam War, Rama responded with works that evince tortured bodies using black or colored aerosol spray, thick glue, and glass eyes. An example includes Autorattristatrice (1969) which seemingly features an inverted figure with arms raised in mute horror.

In 1970, there was a decisive switch with the introduction of rubber, and this material would come to dominate her practice for the next decade. Rama’s father had owned a bicycle tire factory in Turin before his suicide in her youth, and the worn, punctured, and repaired rubber tires in these Gomma works function much like aged human flesh. At times, the bicycle tires are left hanging, deflated like flaccid intestines from a phallic hanger (derived from a sculpture that Pablo Picasso had given her) in a more bodily and transgressive use of the material.

During the 1980s, Rama returned to figuration and an unapologetic representation of orifices and sexualized body parts, often created upon architectural or engineering plans. In the 1990s, news reports of mad cow disease in Europe attracted Rama’s attention and empathy. Embedded in the series La mucca pazza (The Mad Cow) are issues of deviance, madness, death, and sexuality. In these images, Rama reconnects with her work of the 1930s, updated to reflect the horrible reality that surrounded her in later life. Works from this period include Mucca Pazza (2000) and Araldica – Mucca Pazza (2002).

Rama was recently the subject of travelling retrospective The Passion According to Carol Rama, which was on view from 2014 to 2017 at institutions such as the Museu d’Art Contemporani de Barcelona; Musée d’Art Moderne de la Ville de Paris; and Galleria Civica d’Arte Moderna e Contemporanea di Torino. This coming April a large survey, Carol Rama: Antibodies, will open at The New Museum, New York, and in May Carol Rama: Spazio anche più che tempo will open at Ca’ nova in Venice. She was awarded the Golden Lion for Lifetime Achievement at the Venice Biennale in 2003. Rama died in 2015.