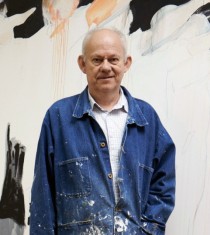 Since 2010, the Irish painter Brian Maguire has worked in Juárez, Mexico, creating work in response to the proliferation of deaths that have followed in wake of the Mexican drug war. Maguire’s affinity for social activism stems from his involvement in the civil rights movement of Northern Ireland in the 70s. His large scale paintings—which utilize wide, open brushstrokes and combine rough, dry marks with vertical and horizontal drips—aim to deny any poetic sensibility to the harsh scenes (dismembered body parts and weaponry) they often depict.

Through observation, Maguire draws attention to marginalized voices. In the case of Blood Rising, his documentary co-produced with Mark McLoughlin, the artist seeks to shed light on the staggering number of women murdered in Juárez (a practice known as known as feminocidio) through portraiture. As Ed Vulliamy of the The Guardian remarks in relation to his work, Maguire correlates the place between narrator and voyeur through occupying a role as facilitator which he is uniquely careful not to exploit. 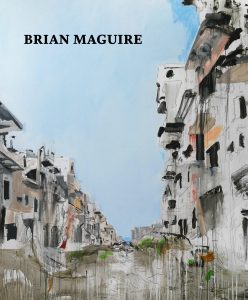 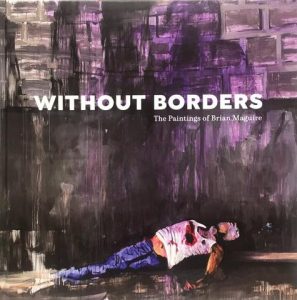 Brian Maguire: War Changes its Address and Other Border Stories